There is yet another brewing fight on Instagram and it is between relationship expert, Okoro Blessing and Ifu Ennada.

Okoro Blessing accused the reality show star of “having a sharp mouth and trolling” over an undisclosed issue. She also warned that she is an extremist and will definitely come for Ifu Ennada one day with all dirty facts about her being put out. 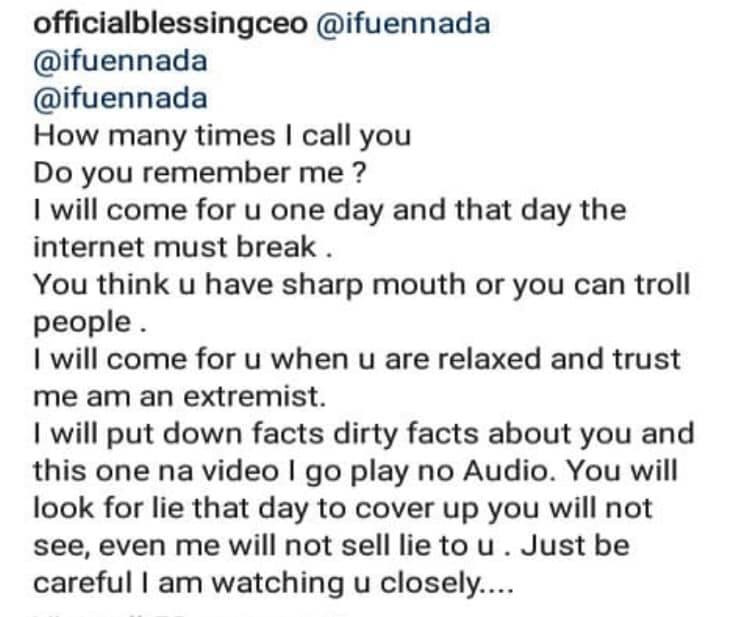 However firing back at the relationship expert, Ifu Ennada dared her to put out dirty facts she claims to have about her. She further alleged that she made a “mistake” and everyone now wants to ride on the wave. 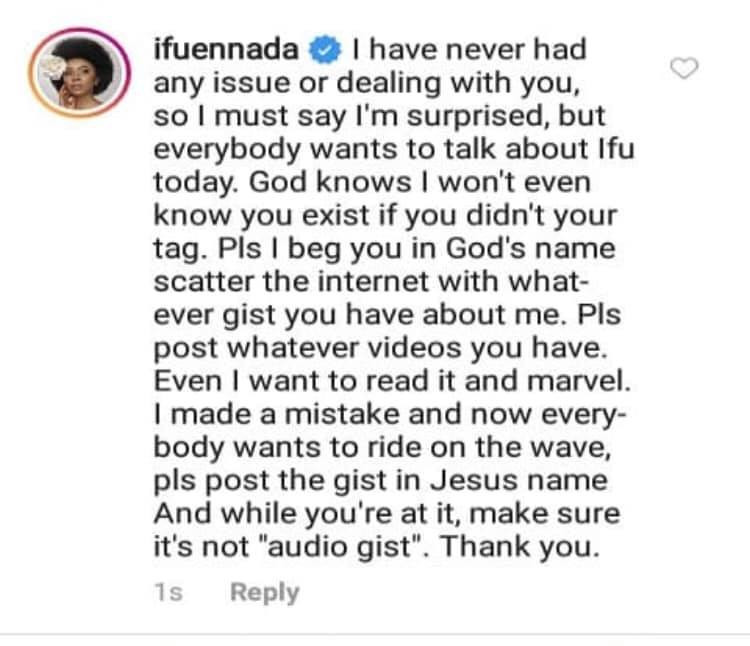 This is coming after Ifu Ennada apologized after chats in which Alex sought her advice after Yvonne Nelson asked her not to work with a certain stylist, leaked an went viral on the internet.

The reality show star was accused of leaking the chats all in a bid to bring down Alex but she has since denied it stating that she was careless with her phone and someone she trusted leaked it.