Mohamed Salah may not be in good terms with Egypt’s FA after the country’s votes for FIFA player of the year awards were deemed invalid and therefore did not count towards the striker’s overall tally in the Awards held this week where he came fourth behind Lionel Messi, Cristiano Ronaldo, and Van Dijk, missing out by 20 points.

The Egyptian FA has written to world football governing body, FIFA, to explain the problem, after star player Mohammed Salah deleted everything about Egypt from his Twitter account after it was revealed the Egyptian FA didn’t vote for him in the recenty held FIFA Best player of the year awards. 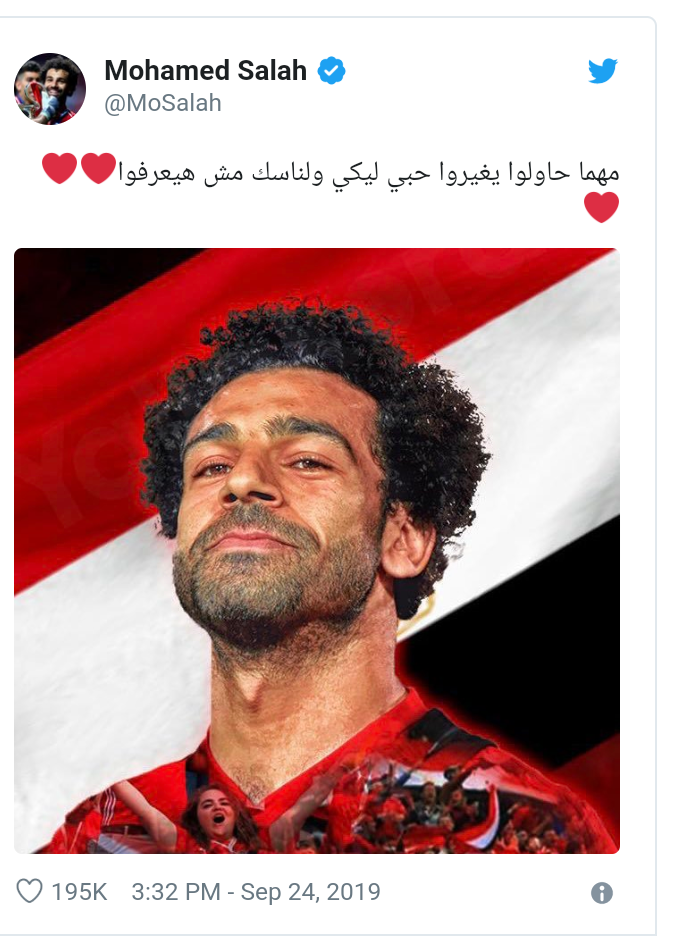 The Egyptian FA insist they voted for Salah as their player of the year and have urged FIFA to diffuse the tension that now exists between them and their star player, Salah.

“Whatever they do to try to change my love for Egypt, they will not succeed,” 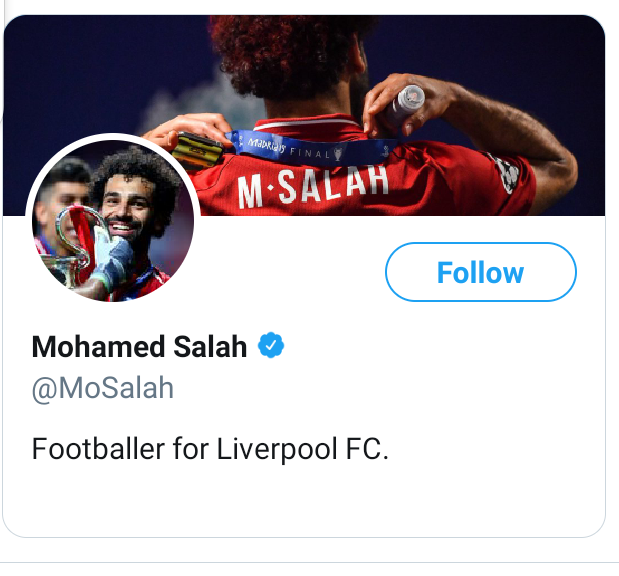 FIFA has since explained why some votes for Mohamed Salah to win The Best FIFA Men’s Player award were not counted in a statement released to Omnisport on Thursday.

The governing body said: “During the monitoring of the votes submitted by the Egyptian Football Association (EFA) on August 15, it was remarked that the signatures on the voting forms were in capital letters and thus seemed not valid (not authentic). The voting forms were also not signed by the general secretary which is mandatory.”

FIFA added the President’s Office of the EFA, which has undergone recent structural changes, was contacted about the issue, with no response received in time for the votes to count.