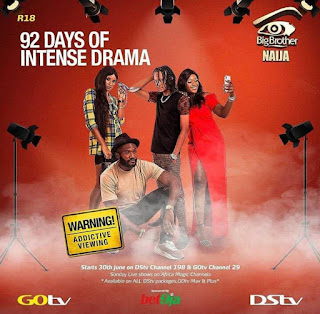 As an excited 2019 big brother kicks off tomorrow Sunday 30th June, we are anticipating to see our ever blazing presenter- Ebuka obi-uchendu and some new entertaining housemates coming in on a race to win a whopping sum of 60 million naira in this fourth Season.  This year’s edition is proudly sponsored by Bet9ja.    The aim of the show is to have fun; however for the duration of the show, the Housemates are subject to Biggie’s rules. These need to be followed from the moment the Housemates enter the House until the moment they leave. Big Brother’s rules of law:
Rule 1: Housemates must respect the House and their fellow contestants at all times.
Rule 2: The Housemates will have no contact with the outside world and they are kept busy by the various tasks and challenges set by Biggie. Being in such close proximity with a house full of strangers can be tough going and Biggie has set rules that need to be followed.
Rule 3: Big Brother has complete control over everything going on in the house and Biggie never discusses anything that goes on outside of the house with anyone inside.
Rule 4: The Housemates are filmed 24/7 and they must have their microphones on at all times. The viewers must be able to hear all conversations at all times and are not allowed to whisper or cover their mouths while speaking to fellow Housemates. They are also not allowed to reveal the location of the cameras and microphones. 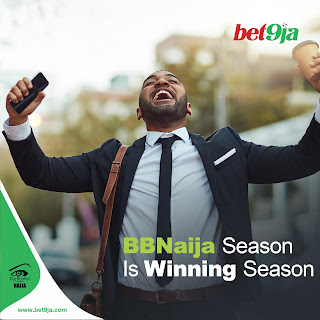 Rule 5: Diary Sessions are one of the most important aspects of the show’s success and are compulsory. Once a Housemate is called to the Diary Room, they must drop everything they are doing and proceed to the Diary Room. Failure to do so will result in a fine, “a strike” or worse. Housemates can request to enter the Diary Room at any time of the day or night. Sunglasses and hats are not permitted in the Diary Room. The door for the Diary Room will be locked when not in use and no one is allowed into the room if it is occupied. Important to note: Diary Sessions and Nominations are compulsory and Housemates need to give valid reasons for nominating a fellow Housemate. Biggie reserves the right to take his time to answer any questions, but will always return with an answer. Biggie will not entertain any personal questions. What happens in the Diary Room stays in the Diary Room and Housemates cannot discuss anything that happens in the Diary Room. Exceptions to this rule are events such as Head of House Tasks.
Rule 6: Nominations are important and Housemates are not allowed to discuss the reasons for their nominations with anyone other than Big Brother. If a Housemate does so it will be interpreted as a deliberate attempt to influence others. They are not allowed to communicate via hints, signs, symbols or written notes. Housemates are not allowed to enter into any alliance or scheme to plot the downfall of fellow Housemates. Communication in the house in Yoruba, Igbo, Hausa and any other local language other than English is not permitted.
Rule 7: Housemates are not allowed to strike, intimidate, threaten or act in any way that can be construed as violent towards any fellow Housemates. This could result in immediate disqualification.
Rule 8: Housemates are not allowed to bring the following into the house: – CDs, CD players, radios, iPod, iPad – Walkmans, DVD/Blu-Ray players, televisions – Mobile phones, Smart phones – Computers, Laptops, Notepads – Video game consoles, Computer games – Calendars – Diaries – Pen and paper or any writing materials – Eyeliner (Or any other make-up that could be used for writing.) – Alarm clocks – Watches – Any electronic equipment requiring batteries – Weapons, drugs and narcotics – Medication (except for agreed personal medication in consultation with Big Brother) – Clothes with prominent logos, clothes with fine stripes or dots, silk clothes, solid white clothes.) – Your pet cat and your children (although, you can bring pictures of your children and your cat)
Rule 10: Housemates can bring the following into the House: – Cigarettes / cigars / tobacco – Reading material, either a book or magazine. – Moisturising cream – Shaving foam, deodorant, shower lotion, pack of razor blades – Day cream, night cream and eye cream – One cleansing lotion. Cleansing tonic. – Perfume or after shave – Hairspray/ gel hair conditioner and wax – Lip balm – Musical Instrument (provided it doen’t need batteries)
Rule 11: Biggies’ word is law and all Housemates must comply with his requests at all times without fail.
Rule 12: Only Biggie can open up the storage room where the Housemates will find everything that they need for Tasks, Challenges etc. Biggie will inform the Housemates that the Storage Room is open and the Head of House will proceed there to retrieve what Biggie has put there for the Housemates daily and weekly needs Big Brother Naija reality show starts tomorrow Sunday 30th June at 7pm and will run for 12 weeks on all DStv packages on channel 198 and GOtv Plus on channel 29.
For more information, visit the official website for BBNaija: www.bigbrothernaija.net